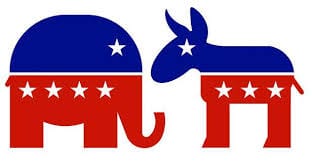 The U.S. Constitution makes no mention of political parties, yet parties began to form shortly after its ratification.  Today, it is hard to see how American democracy would work without them.  At the same time, parties formed as decentralized political associations that engaged the attention of ordinary citizens and held presidents accountable to local constituencies.  But as the power of the presidency (and the federal government) grew, parties shifted their attention from building political support in the states and localities to vying for control over national administration.  Partisan disputes have more often than not involved confrontations between the president and Congress that have undermined the public’s respect for American political institutions.  This seminar will look at the complex relationship between the president and the parties during different phases of American political development.  Using primary sources, we will examine how each institution impacts the other and assess the impacts this relationship has on constitutional government in the United States.

Readings and program agenda will be sent to all registrants a few weeks before the program date, and digital copies will be available here by late August.