A TAH.org-edited series of primary document volumes is helping a teacher in southeastern Ohio prepare his students for college. Ray Mertz recently discovered that the nine volumes, covering topics from the American Founding through the Cold War, can be downloaded for free from the Teaching American History website. He’s already begun using them as source material for his students’ research papers.

In 2013, Mertz was hired to teach American government at Meadowbrook High School, located just south of Cambridge, Ohio in Rolling Hills Local School district. It was his first full-time teaching job—in his second career. Mertz had spent five years as a sales representative in his hometown of Pittsburgh, Pennsylvania, performing well but quickly discovering his heart was not in it. “I was pounding the pavement, chasing a promotion,” Mertz said. When the promotion came, it suddenly seemed meaningless. “I’m a Christian. I realized I didn’t want to live a life chasing money, just to acquire ‘stuff.’”

Teaching social studies, he decided, would allow him to feed his own love of history while helping prepare young people for responsible adulthood.

Without dropping his sales work, he entered a Master of Education Program, which provided him a teaching credential. Then he quit his sales job and worked for a year as a long-term substitute. This experience helped him land a job, but in a slower-paced, rural area.

The economy of southeastern Ohio, traditionally based on small-scale farming, has been boosted by new oil and gas operations deploying “fracking” technology and creating new blue-collar jobs. Not surprisingly, the community around Meadowbrook High School values physical labor and sports prowess highly. Hoping to give students the broader set of options a college education offers, Mertz pushes students to exercise their intellectual muscles.

Many of Mertz’s students struggle to get to college. To help them meet the financial hurdle, Ohio has developed “College Credit Plus” (CCP) courses. These allow students to earn community college credits for courses taken in high school, limiting the time and money spent on higher education. Teachers in the program must hold or be working toward a Masters in their subject area. Mertz was awarded a grant from the state of Ohio to fund his second MA, in Ashland’s Master of Arts in American History and Government (MAHG) program.

Mertz believes his dual-credit courses—one on American national government, the other on US history from 1865 to the present—should prepare students for upper-level college work. So he assigns term papers addressing questions about US history and government. 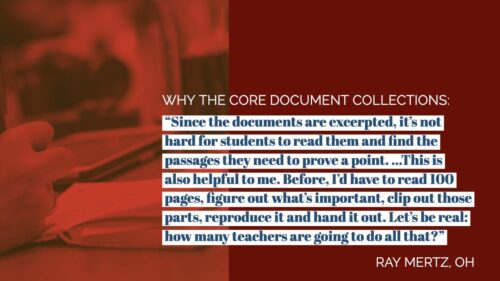 To answer the questions, students must analyze the motives of earlier Americans. What problems did they face, and why did they deal with those problems in the way they did? Primary documents hold the answers to such questions. The private musings of congressmen writing letters to each other, the speeches presidents made when they advocated a particular course of action, show the reasons behind their choices.

Assigned a CCP course, Mertz is issued a textbook and a syllabus to follow; he is not given a supplementary reader of primary documents. Given funding constraints, schools like Meadowbrook High no longer stock on-campus libraries with books. Instead, Meadowbrook has invested in iPads for each student. Students are expected to find the resources they need on the Internet. “But if I sent students to the Internet,” Mertz says, “they wouldn’t know where to start.” In the past, he’s spent hours teaching students how to find proper sources on the Internet; he’s also pulled together online links to primary documents he’s read during his MAHG coursework. But a written syllabus with a collection of many links “gets confusing for students.” 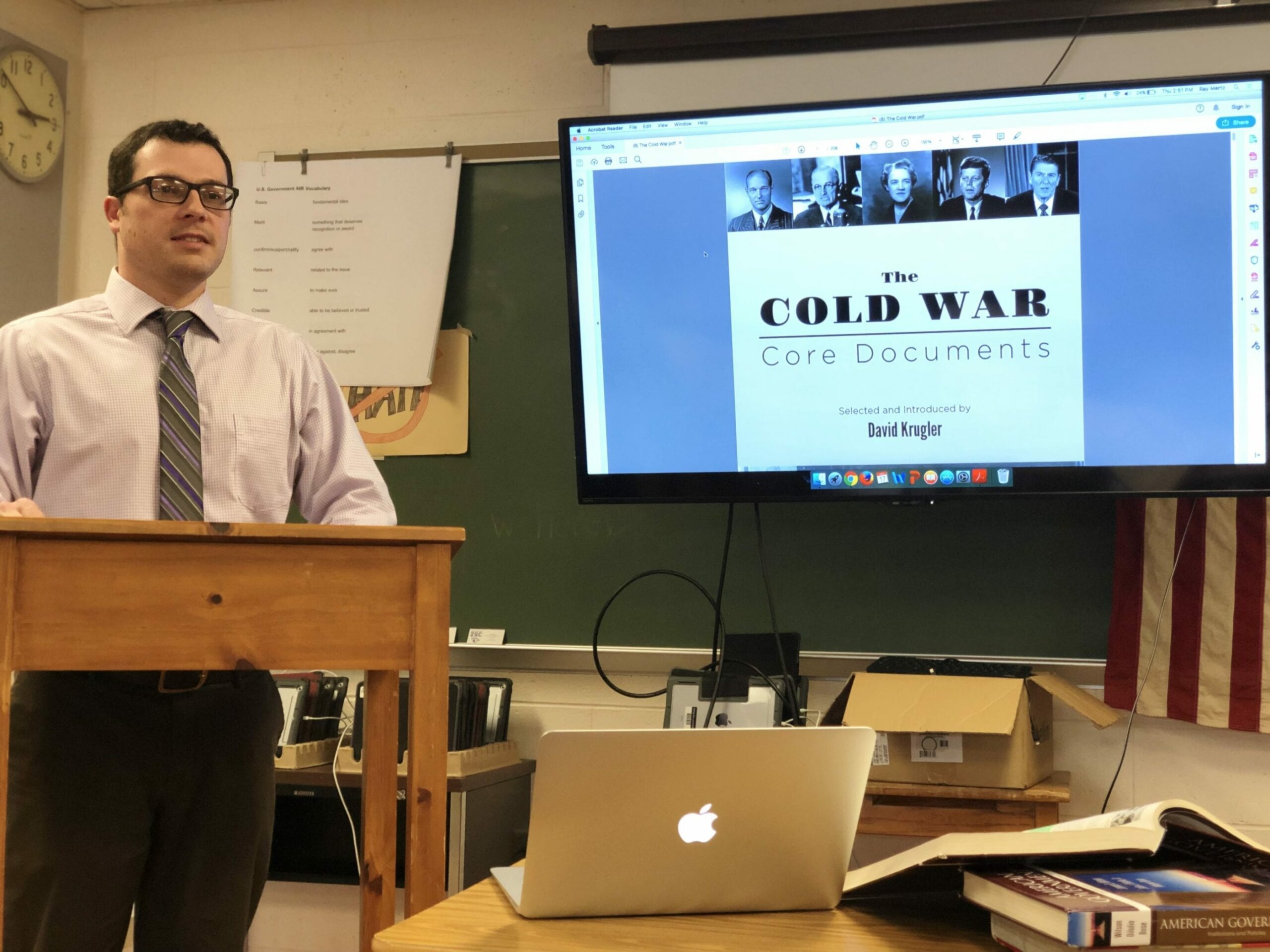 TAH.org’s new, carefully edited Core Document volumes solve the research problem. All are available electronically at no cost. They also offer helpful guidance. An Ashbrook professor chooses 25 or more key documents on a historical period or theme and writes an introduction sketching the history the documents reflect. The professor also writes a brief introduction for each document, noting how it came to be written and how it affected the larger debate. He or she condenses each text to its key passages and writes footnotes to define archaic words and identify obscure historical figures mentioned in the text.

“Since the documents are excerpted, it’s not hard for students to read them and find the passages they need to prove a point,” Mertz said. “This is also helpful to me. Before, I’d have to read 100 pages of Woodrow Wilson’s Constitutional Government in the United States, figure out what’s important, clip out those parts, reproduce it and hand it out. Let’s be real: how many teachers are going to do all that?”

Most important, the new document volumes allow Mertz to shift the focus of the research paper. Thirty years ago, term papers taught students how to hunt through libraries for evidence to prove a thesis. Today, students need to practice more fundamental skills. They must learn to analyze evidence and develop a plausible thesis.

Unfortunately, many students today are deficient in the reading, writing and analysis skills that earlier generations were expected to acquire by the time they reached high school. Despite the flood of information brought us by the Internet, many of today’s students are reading and writing less, not more. Teachers, under pressure of time—and pressure to boost student performance on standardized, multiple-choice tests—often use historical videos and online games to reinforce textbook lessons. Anxious to march through the facts students are expected to memorize, some don’t take the time to teach writing skills.

Mertz takes the time. He asks students to write term papers in two drafts. “On the first draft, most do very poorly. I give each paper lots of comments, grade it harshly, and then give students ten days to revise the paper and turn it in again. The first grade does not count.

More important, students who are pushed to read gain access to the ideas and intentions of those who founded our country and steered it through wars and crises. While gaining a better understanding of American principles, they also imitate the perseverance of earlier Americans. “Growth occurs when you have to work and change in order to survive,” Mertz says. “The kids in my CCP classes have grown.”

Mertz also works hard, but Ashbrook’s document collections dramatically simplify his task. “These volumes are cutting-edge. Once word spreads, teachers will be using them all the time,” he predicts.