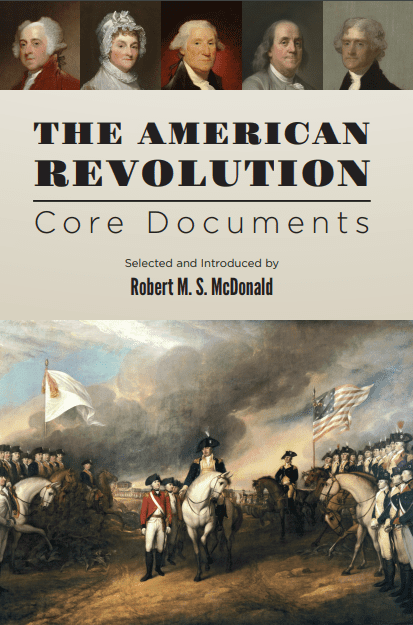 This treasury of firsthand accounts and other primary sources gives voice to the story of the American Revolution and continues the Ashbrook Center’s series of document collections covering major periods, themes, and institutions in American history and government. From James Otis’s insistence that British searches and seizures violated the principle that “a man’s house is his castle” to Thomas Jefferson’s draft of the Declaration of Independence, the arguments for American resistance to and separation from Great Britain emerge and escalate. Letters, diary entries, and other testimonials also highlight the War for Independence. From Lexington and Concord to Britain’s surrender at Yorktown and George Washington’s dramatic farewell as the Continental Army’s commander-in-chief, the conflict hinged not only on gaining territory but also on winning hearts and minds.

Edited and excerpted to make the past more accessible to the present, each document features a brief introduction providing information about its author and placing it in context. 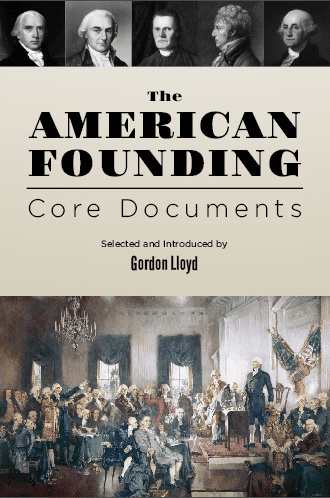 Selected and introduced by Gordon Lloyd 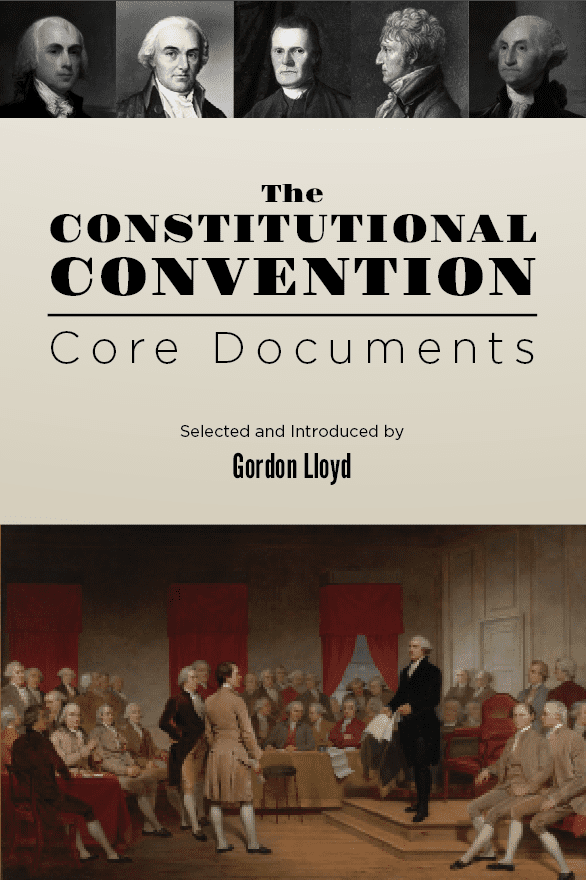 Selected and introduced by Gordon Lloyd

Origins of the American Idea