Remembered as a Rebel, Instead of a Scientist

Beginning on April 12th, 1861, Confederate guns around Charleston Harbor opened fire on Ft. Sumter, a small Union fort on an island in the harbor. Some 34 hours later, Union forces surrendered, and the evacuation of the fort began on April 14th. Although small skirmishes had already taken place elsewhere between Union and secessionist forces, Ft. Sumter is appropriately seen as the spark that lit the fuse of war, leading to the first real battle, at Bull Run, only a few months later. 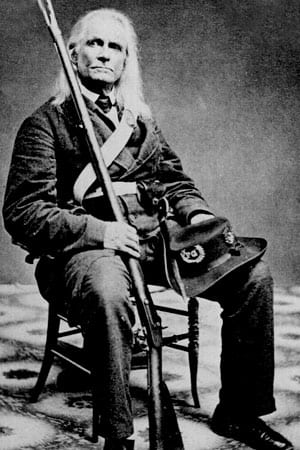 Of the thousands of locals who witnessed the shelling of the fort, and the hundreds directly involved on both sides combined, one of the oldest was Edmund Ruffin, of Virginia. Ruffin was in his late 60s and had already made a name for himself as a pioneer of agronomy and soil restoration, applying scientific methods to determine how best to deal with the effects of long-term tobacco cultivation. He was a published author on the subject, and although his methods were not widely adopted during this lifetime, he is recognized as one of the founders of modern agriculture in America.

Ruffin was also a slave owner, whose several plantations utilized the labor of hundreds of enslaved persons. A believer in the rectitude of the institution, he espoused a paternalistic view of the relationship between slave and master, and in 1857 published a short book, The Political Economy of Slavery, in which he argued that chattel slavery as practiced in the American South promoted the civilization of savage people, and that because slavery had been practiced throughout human history, it could not be deemed immoral.

As years went by and the rift between North and South became more pronounced, Ruffin was a vocal proponent of secession and, after attending John Brown’s execution – and purchasing some of Brown’s pikes, which he then sent to several Southern governors as gifts – he made his way to South Carolina, where his inflammatory rhetoric and views were more in the mainstream.

After the battle, Ruffin persistently claimed that he fired the first shot, although there is some dispute as to whether or not this is true. It is, however, likely true that he was the first Confederate soldier to enter Ft. Sumter after the Union evacuation. Ruffin lost a son and a grandson during the war and, unable to bear the idea of Union victory and the abolition of slavery, killed himself in June 1865. Instead of being remembered for his scientific achievements and contributions to agriculture, he is instead more widely known as an extremist who sought war both for his state and himself, and in the end refused to accept that the country had changed around him.